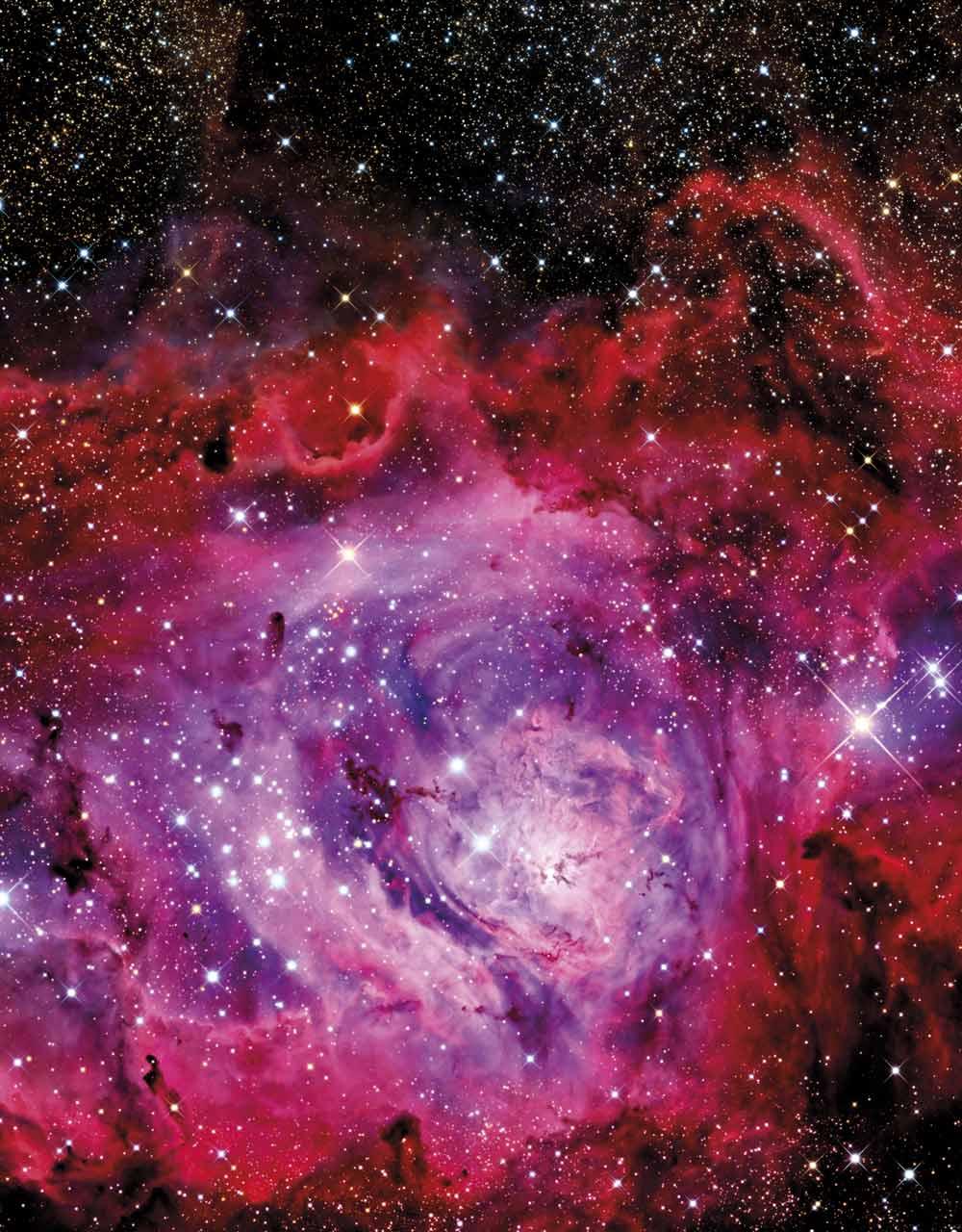 Long-Exposure Lagoon The constellation Sagittarius lies in the direction of the center of our Milky Way galaxy, the thickest, densest region of stars and deep sky objects anywhere. One of the larger objects here is the Lagoon Nebula (M8), an emission nebula that appears as wide as three full Moons side by side. M8 is a stellar nursery, where new stars are forming out of a collapsing cloud of hydrogen. The ultraviolet radiation from these young stars ionizes the gas, causing it to glow. Visible in binoculars on a clear night as a pale grey cloud, M8 reveals its true colors in long-exposure photographs like this one by R. Jay GaBany. Jay collected a total of forty-five hours of data with a digital imager attached to a remote-controlled half-meter (twenty-inch) diameter Ritchey-Chrétien telescope located in New Mexico.