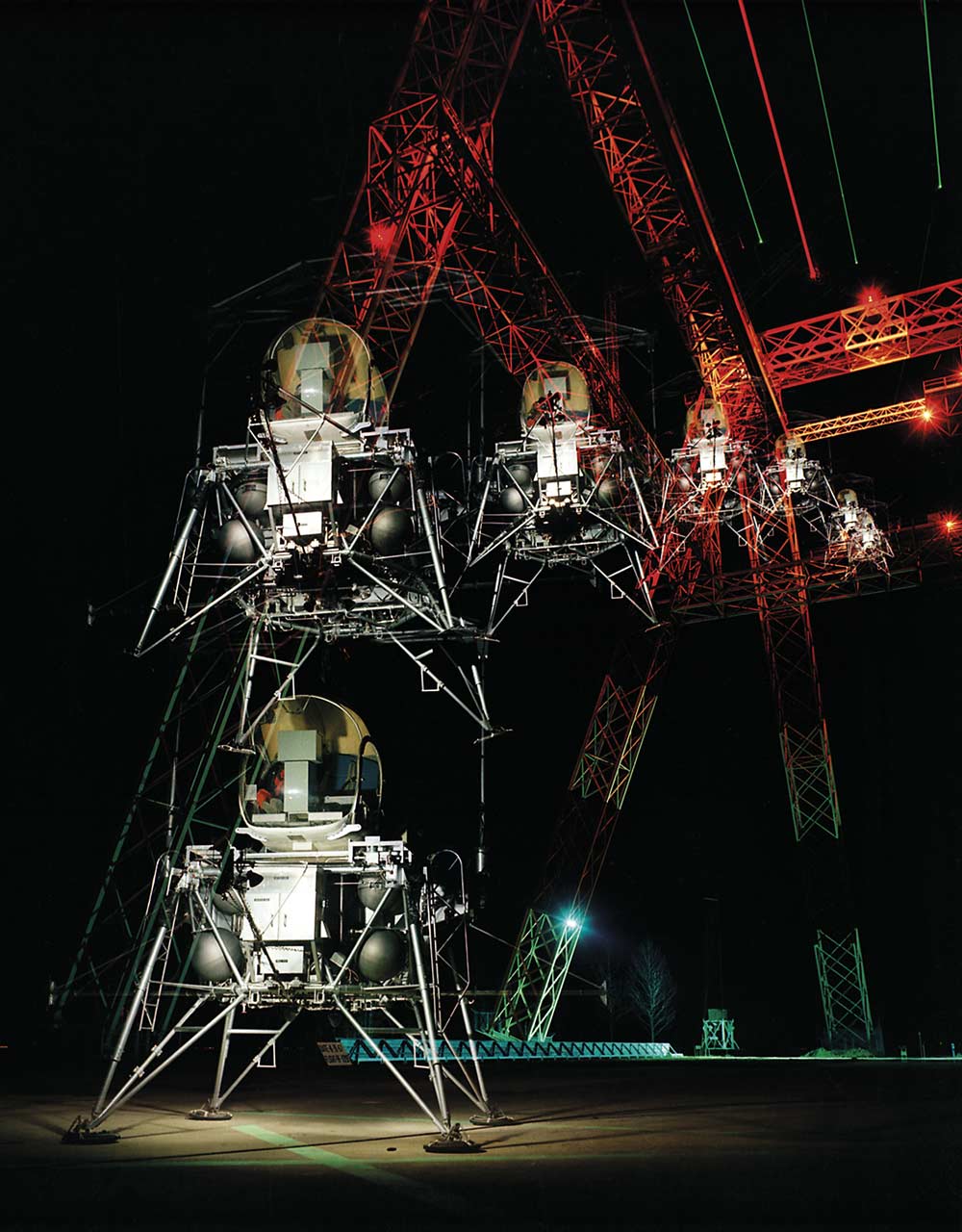 Now We Need a Bug Fifty years ago this week, NASA decided how to get to the Moon. Two possible methods, Direct Ascent and Earth Orbit Rendezvous, involved launching a massive rocket (or two smaller rockets that would join up in Earth orbit) toward the Moon, landing, and then blasting off for Earth. But the powerful boosters and orbiting support facilities required for these methods could not be built in time. An obscure but elegant third solution, Lunar Orbit Rendezvous, finally won. LOR called for a Lunar Excursion Module (known as “the Bug”) to ferry astronauts from lunar orbit to the lunar surface, and back again to the waiting Command Module. The Lunar Excursion Module Simulator, seen here, was suspended by cables and allowed Apollo astronauts to practice landing on the lunar surface.