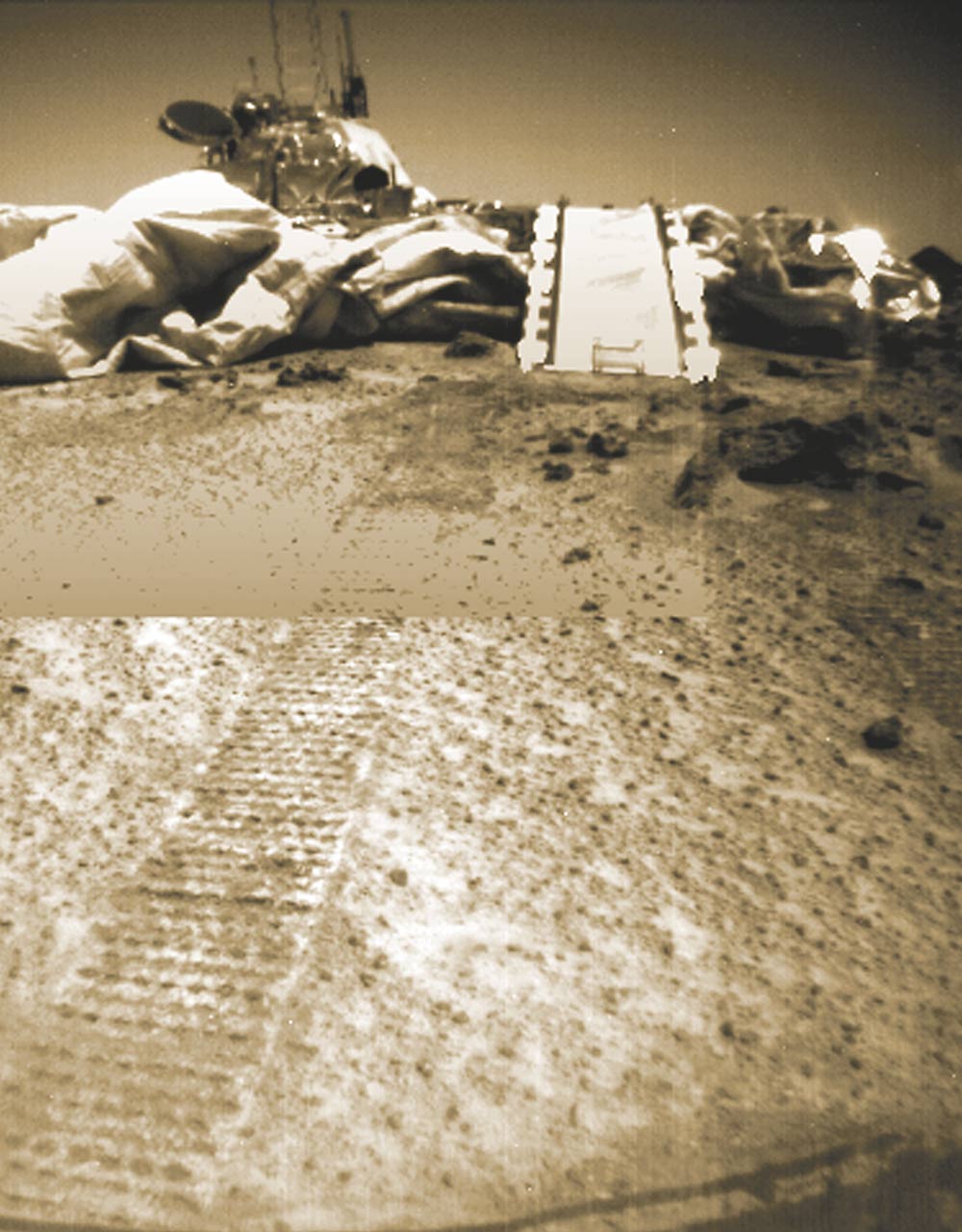 Making Tracks on Mars In 1976, when two Viking spacecraft landed safely on Mars, few could have predicted that it would be nearly two decades before another spacecraft followed them successfully to the surface of the Red Planet. Fifteen years ago this week, Mars Pathfinder bounced onto the chilly surface of Mars, protected by inflatable landing bags. Pathfinder soon righted itself, unfolded its three solar panel petals, and deployed the remote-controlled Sojourner rover—the first wheeled vehicle to travel on Mars. The eleven kilogram (twenty-five pound) Sojourner operated for eighty-four days—twelve times its planned life—and traveled over 100 meters (300 feet). This view of the lander, renamed the Carl Sagan Memorial Station, was taken by Sojourner after it descended the ramp onto the surface.