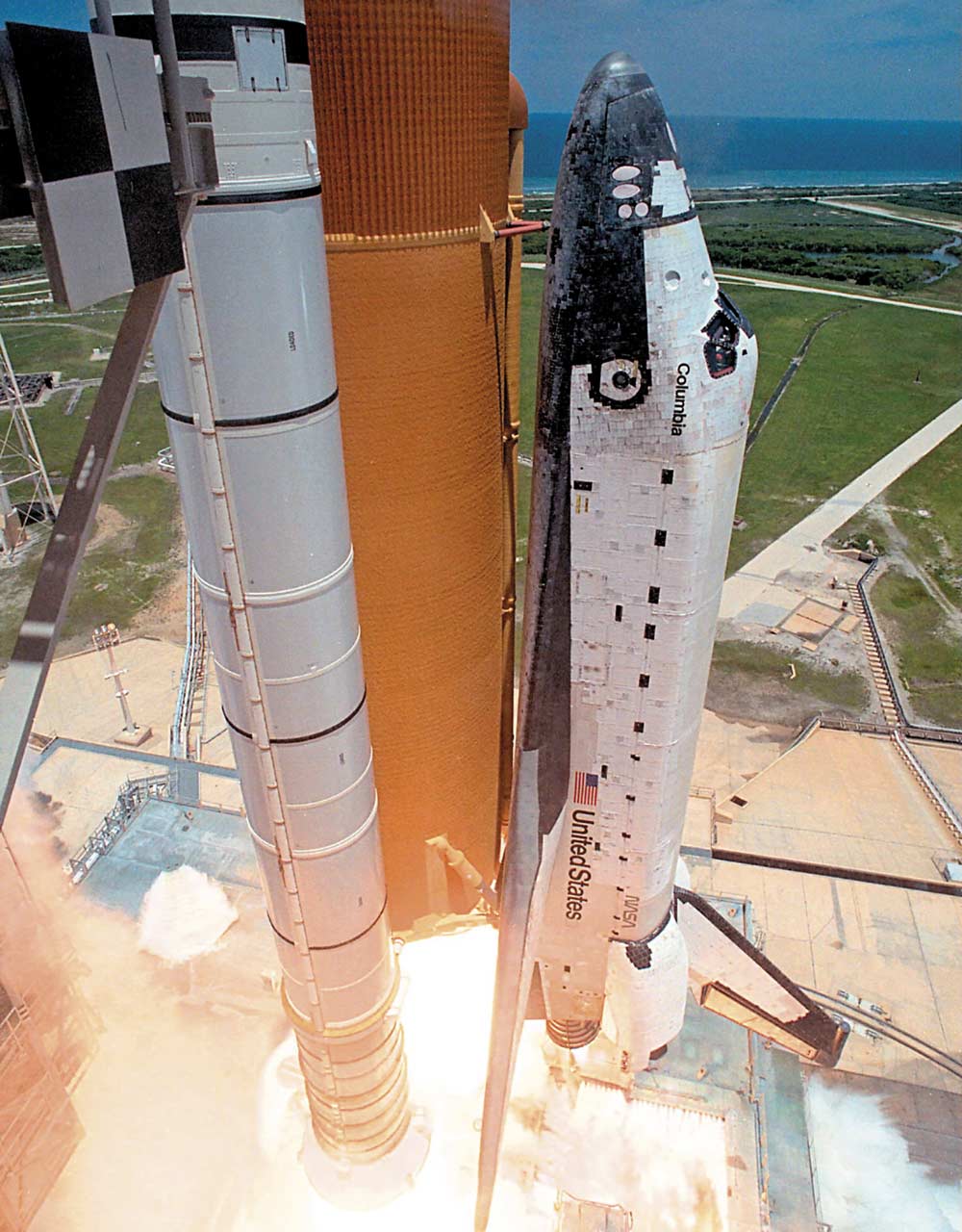 No Rookies This Time History was made fifteen years ago this week when, for the first time in NASA history, the exact same crew and payload were flown on a repeat mission. In April 1997, the STS-83 mission, with three space rookies aboard, ended prematurely (after just three days) due to a failed fuel cell. But NASA kept its primary payload, the first Microgravity Science Laboratory, loaded in Columbia’s cargo bay, refurbished the spacecraft, and managed to relaunch the mission just three months later. Renumbered STS-94, Columbia and its crew of seven (all of whom could claim space veteran status now) spent a full sixteen days in orbit evaluating equipment racks for future use in the International Space Station, and testing materials and combustion properties in zero gravity.