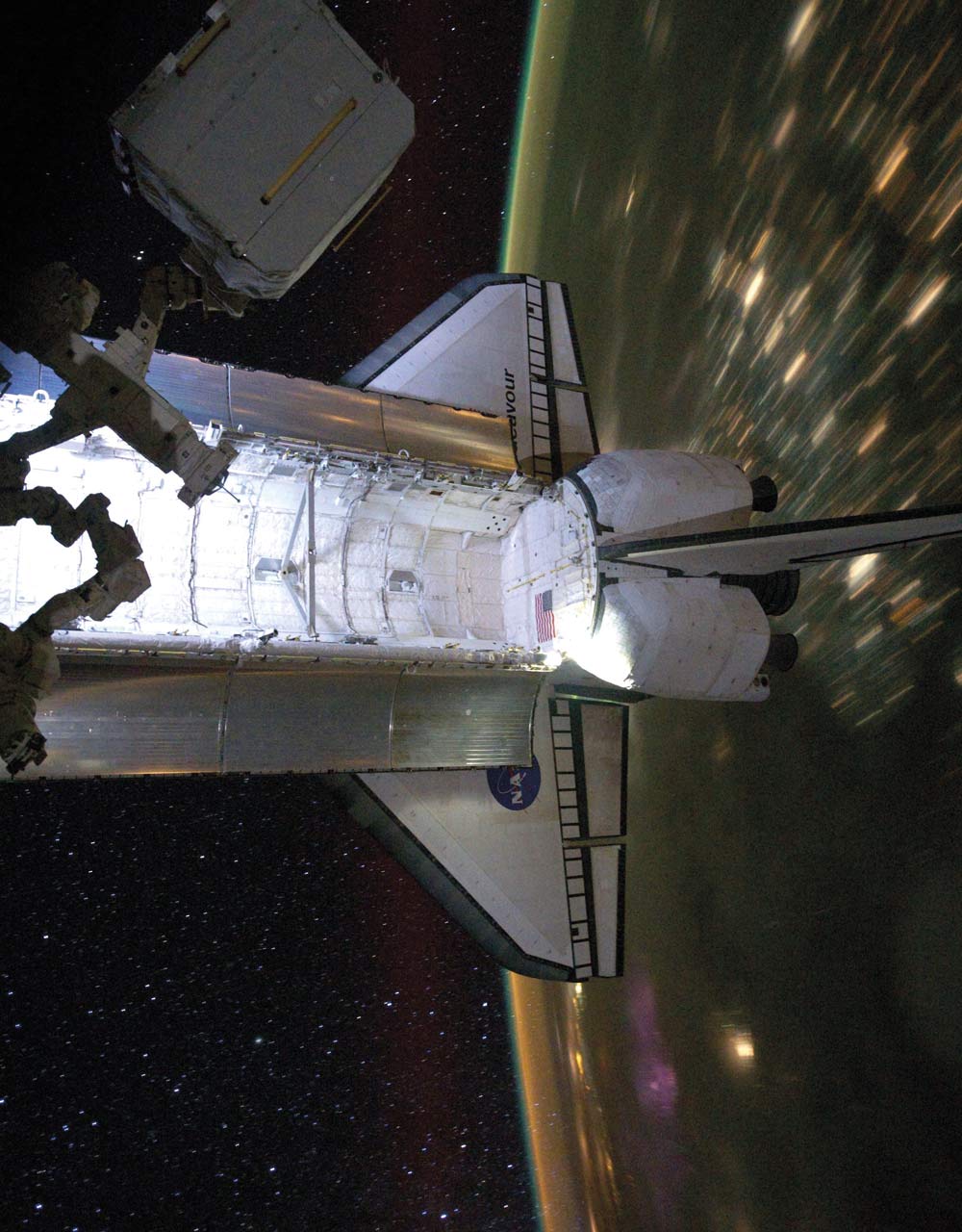 Starry, Starry Night The docked space shuttle Endeavour, backdropped by a nighttime view of Earth and a starry sky, is featured in this image photographed by NASA astronaut Greg Chamitoff, STS-134 mission specialist, while at the International Space Station. The image was captured on May 28, 2011, during Endeavour’s final mission in space. Lights in Endeavour’s cargo bay illuminate the shuttle, while city lights cast an eerie glow on Earth, 350 kilometers (220 miles) below. During this long-exposure photograph, the relative motion of the space shuttle is apparent as it streaks around Earth at 28,000 kilometers per hour (17,500 miles per hour). The stars, located approximately in Endeavour’s line of motion, appear nearly point-like. STS-134 was the penultimate mission of the shuttle program.