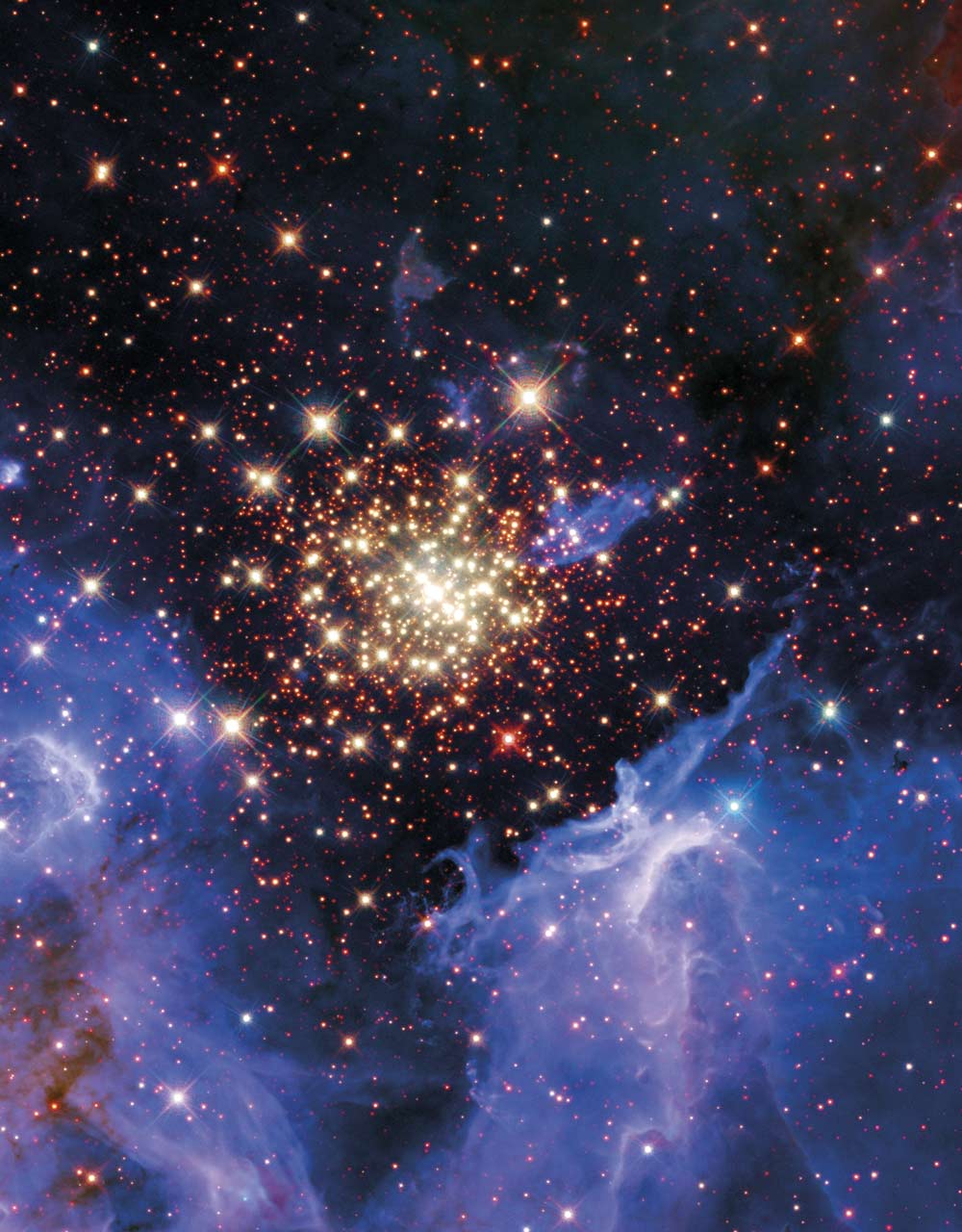 Only the Huge Die Young This young, glittering cluster of stars is surrounded by clouds of interstellar gas and dust—the raw material for new star formation. The nebula, located 20,000 light-years away in the constellation Carina, contains a central cluster of huge, hot stars called NGC 3603. Ultraviolet radiation and violent stellar winds have blown out an enormous cavity in the surrounding gas and dust, providing an unobstructed view of the cluster within. Although most of these stars were born around the same time, they differ greatly in size and include some of the most massive stars known. These huge stars live fast and die young, burning through their hydrogen fuel quickly and ultimately ending their lives in supernova explosions. This Hubble image combines visible and infrared data.