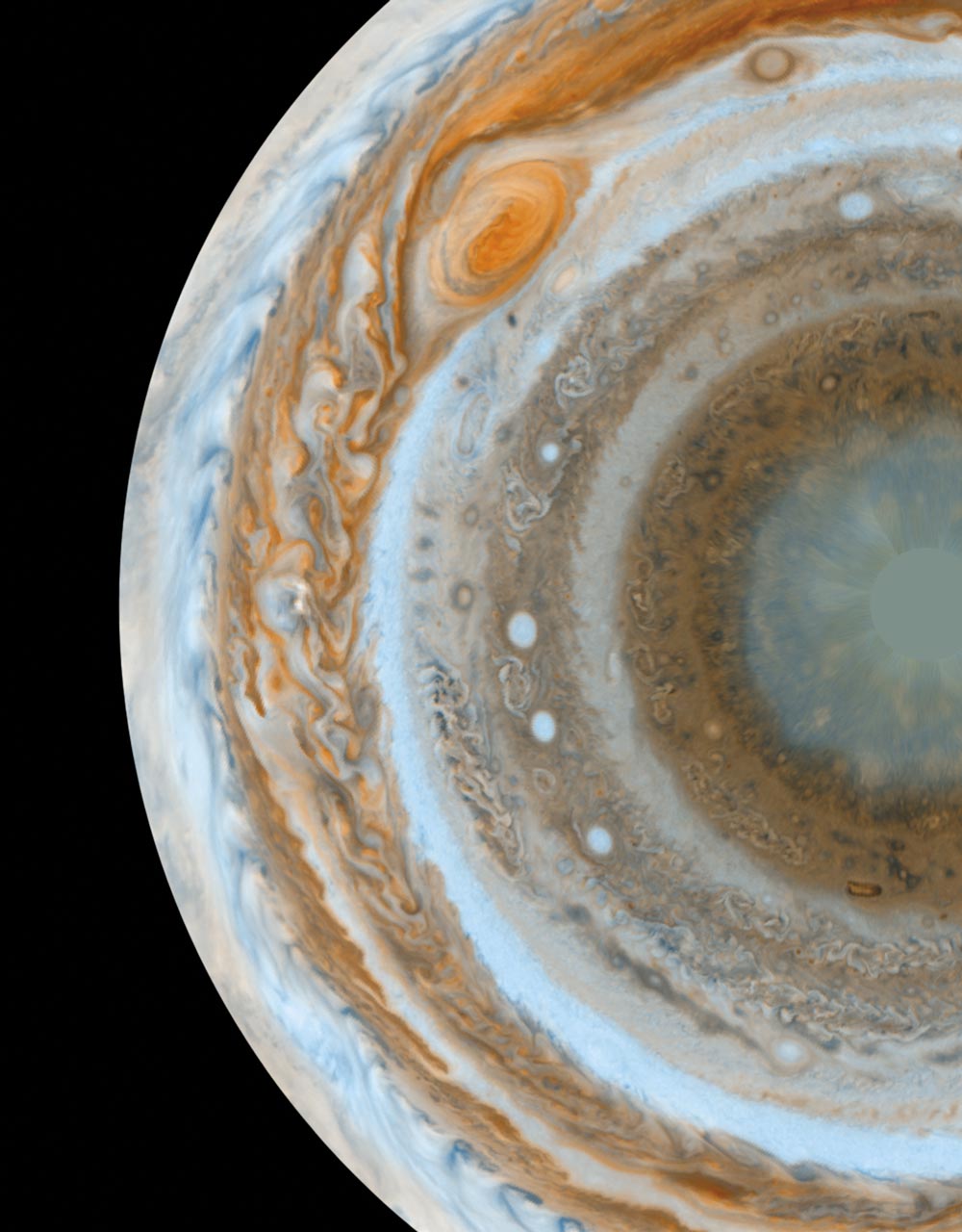 Cassini Booster Three years after its 1997 launch, the Cassini spacecraft flew past Jupiter and picked up a gravity boost that sped it on its way to its ultimate target, Saturn. In exchange for that favor, Cassini captured around 26,000 images of photogenic Jupiter as it flew past. This color map of Jupiter’s south polar region was constructed from images taken by the narrow-angle camera onboard Cassini as it approached Jupiter in December 2000. It is part of the most detailed global color maps of Jupiter ever produced; the smallest visible features are about 120 kilometers (75 miles) across. The maps show a variety of colorful cloud features, including parallel reddish-brown and white bands, the Great Red Spot, multi-lobed chaotic regions, white ovals and many small vortices. Cassini arrived at Saturn in July 2004.