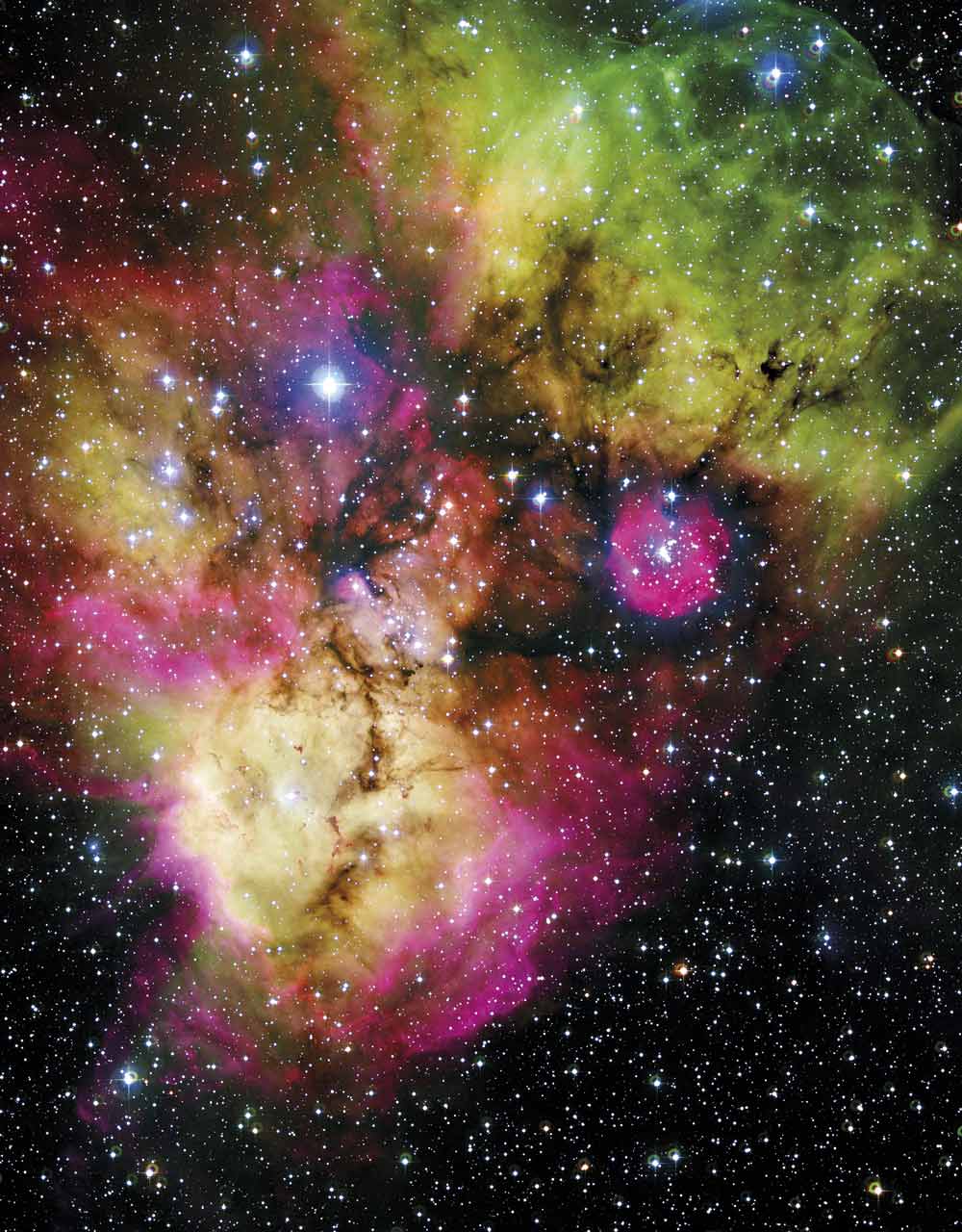 Monkey Nebula NGC 2467 is an active stellar nursery in the southern constellation of Puppis (the Stern). With an age of a few million years at most, it is a very active stellar nursery where new stars are born continuously from large clouds of dust and gas. This image, looking like a colorful cosmic ghost or a gigantic celestial Mandrill’s face, contains the open clusters Haffner 18 (center) and Haffner 19 (middle right, inside the larger pink “eye” of the Mandrill), as well as vast areas of ionized gas. The bright star at the center of the largest pink region on the bottom of the image is HD 64315, a massive young star that is helping to shape the structure of the whole nebular region. This image was taken with the Wide-Field Imager on the 2.2-meter (86-inch) MPG/ESO telescope located at La Silla, in Chile.

Moon at apogee
Juno at opposition