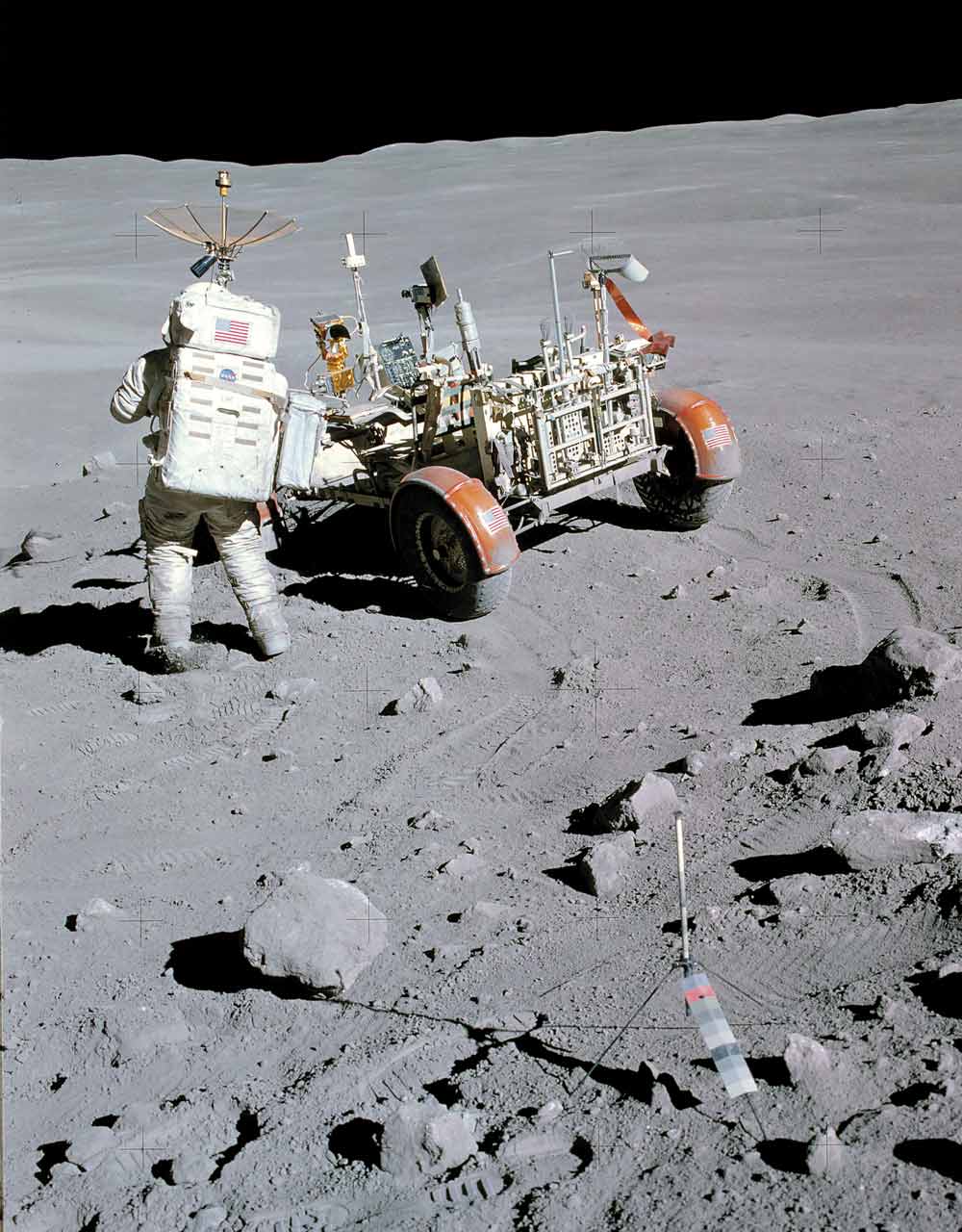 Rover Rides Again Apollo 16, the fifth mission to land astronauts on the Moon, and the second to feature a lunar rover, was launched forty years ago this week. After a four-day journey, astronauts John Young and Charlie Duke landed the lunar module Orion on the Moon, while crewmate Ken Mattingly remained in lunar orbit in the command module Casper. During their seventy-one hours on the Moon, Young and Duke spent over twenty hours outside Orion, and traveled about twenty-seven kilometers (seventeen miles) in the lunar rover. Duke is seen here at Station no. 4, near Stone Mountain, during the second Apollo 16 extravehicular activity at the Descartes landing site. The gnomon, a photographic reference tool to establish local vertical Sun angle, scale, and lunar color, is visible in the foreground.