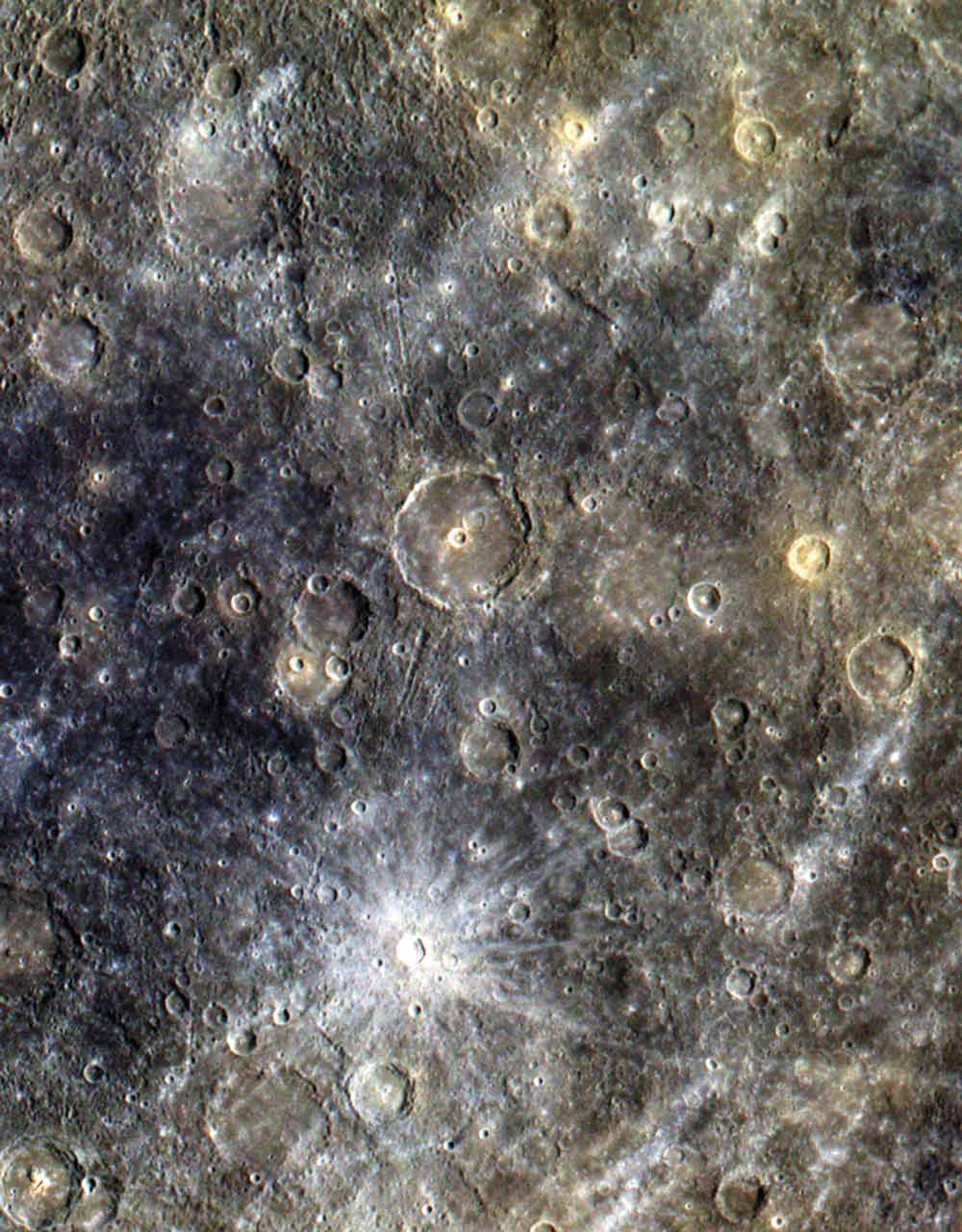 Mercury’s Marvelous Morphology In March 2011, MESSENGER became the first spacecraft to enter orbit around Mercury. During its first 176 days in orbit, equal to one solar day on Mercury, MESSENGER’s dual imaging system acquired over 75,000 images with both wide-angle and narrow-angle cameras. This data produced a high-resolution base map of the morphology (shape and texture) of ninety percent of the planet’s surface. MESSENGER also collected surface color data using eight separate narrow-band color filters. This image was created by using three images acquired as part of the color base map with the wavelengths of 1000, 750, and 430 nanometers displayed in red, green, and blue, respectively. The bright rayed crater at the bottom is Snorri, 21 kilometers (13 miles) in diameter.