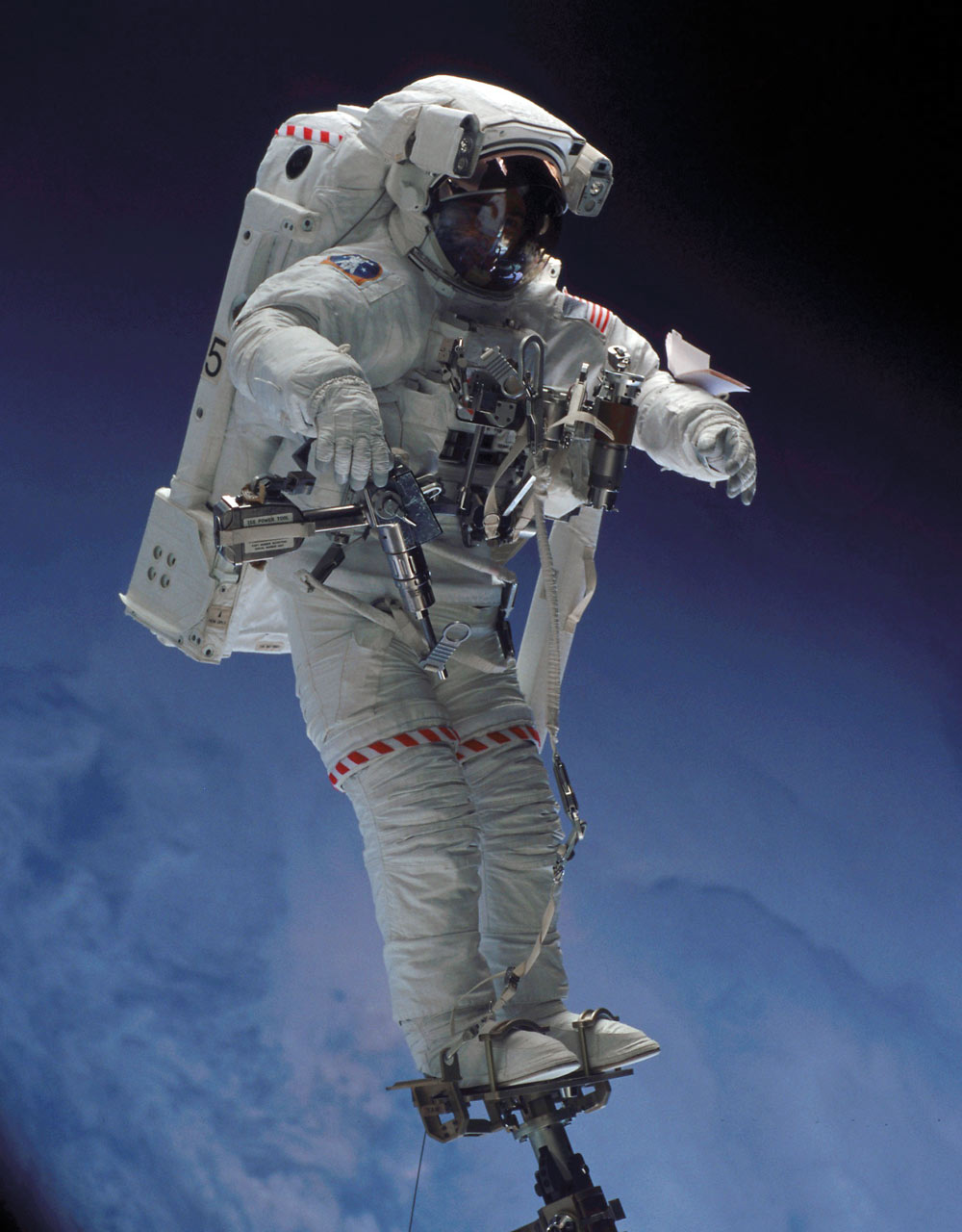 A Matter of Truss One of the many milestones in the construction of the International Space Station was the delivery of the S0 truss segment, the backbone of the station’s 11-segment Integrated Truss Structure, which took seven years to complete. Now longer than a football field, the ITS provides pivotal attachment points for the station’s solar arrays, thermal control radiators, and external payloads. The S0 truss segment arrived at the station during the STS-110 mission, which was launched ten years ago this week. In this image, astronaut Lee Morin, STS-110 mission specialist, is anchored to the mobile foot restraint at the end of the ISS’s Canadarm2 robot arm during the second scheduled session of extravehicular activity. Atlantis and its crew of seven remained docked at the ISS for seven days.