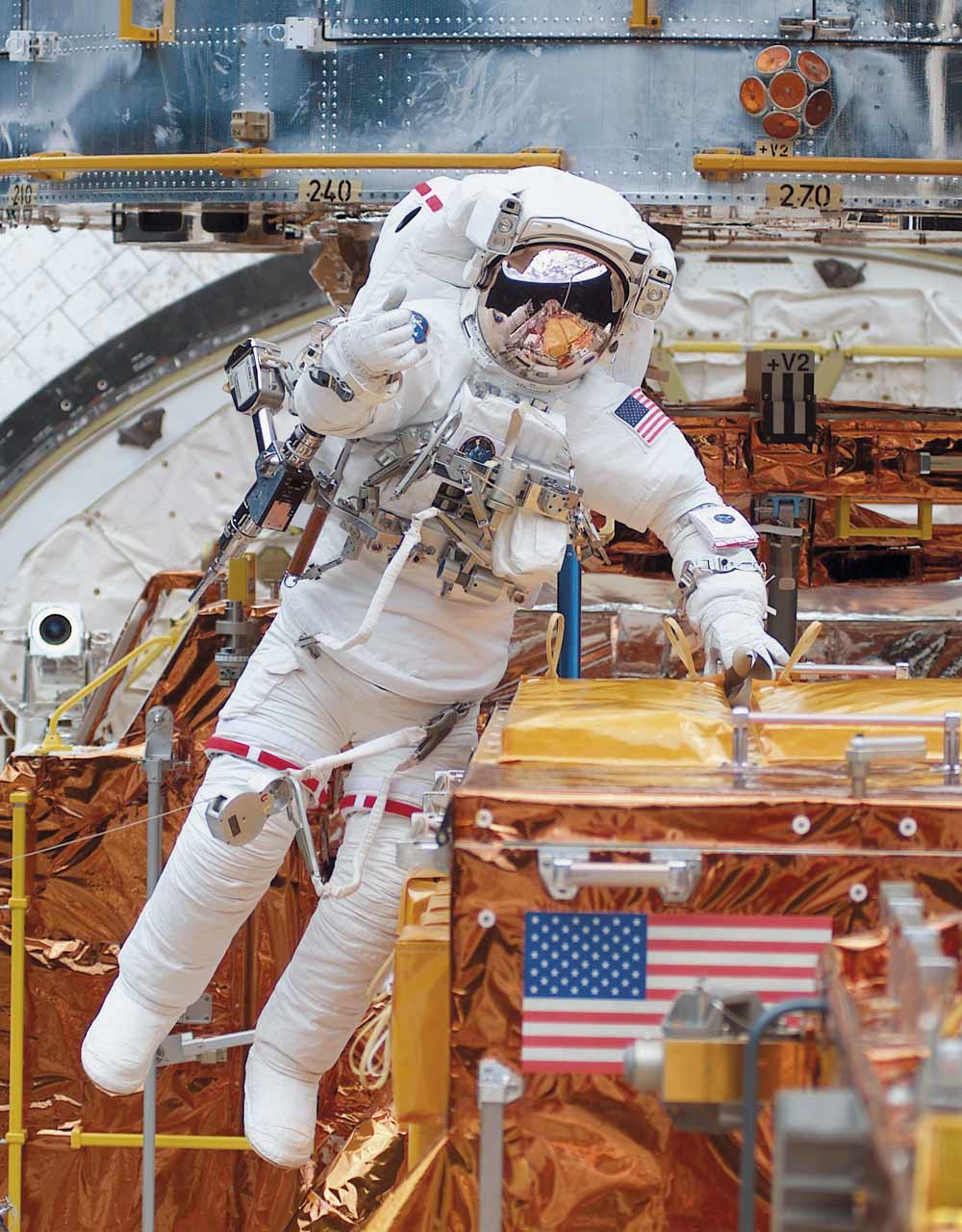 Hubble Upgrade The Hubble Space Telescope was designed to be regularly serviced and upgraded as new technology became available. It’s fitting, then, that the fourth servicing mission, STS-109, which was launched ten years ago this week, was undertaken by the shuttle Columbia, which itself had recently undergone nearly three years of renovations, albeit in more conventional ground-based facilities. Seen here, astronaut James Newman moves about in Columbia’s cargo bay while working with astronaut Mike Massimino (out of frame), during the mission’s second day of extravehicular activity, which lasted over seven hours. Part of the giant telescope’s base, latched down in the payload bay, can be seen behind Newman. Upgrades to Hubble included the Advanced Camera for Surveys and new solar arrays.