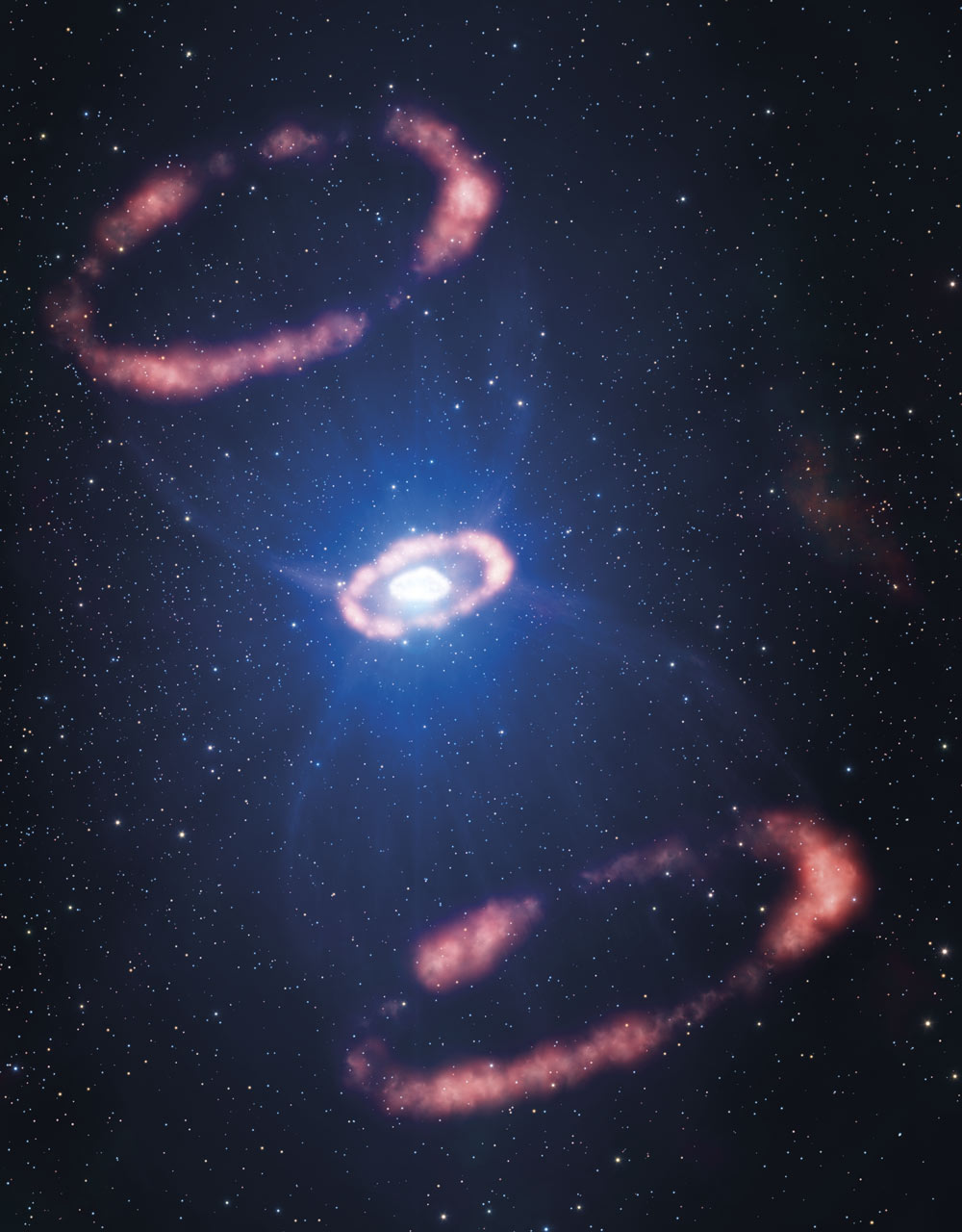 Sideways Supernova Twenty-five years ago this week, astronomers the world over witnessed the closest and brightest supernova in nearly four centuries. Known as SN1987A, this catastrophic explosion took place 170,000 light-years away in the Large Magellanic Cloud, a nearby galaxy, and it was visible to the naked eye for nearly a year. Supernovae occur when massive stars collapse and eject most of their mass in a violent explosion. Astronomers at the European Southern Observatory have studied the ejected matter of the SN1987A, which from Earth appears as three overlapping rings. This artist’s impression reveals the hourglass shape that SN1987A would display if we could view it from the side. Two outer rings, one inner ring, and the deformed, innermost expelled material are visible.