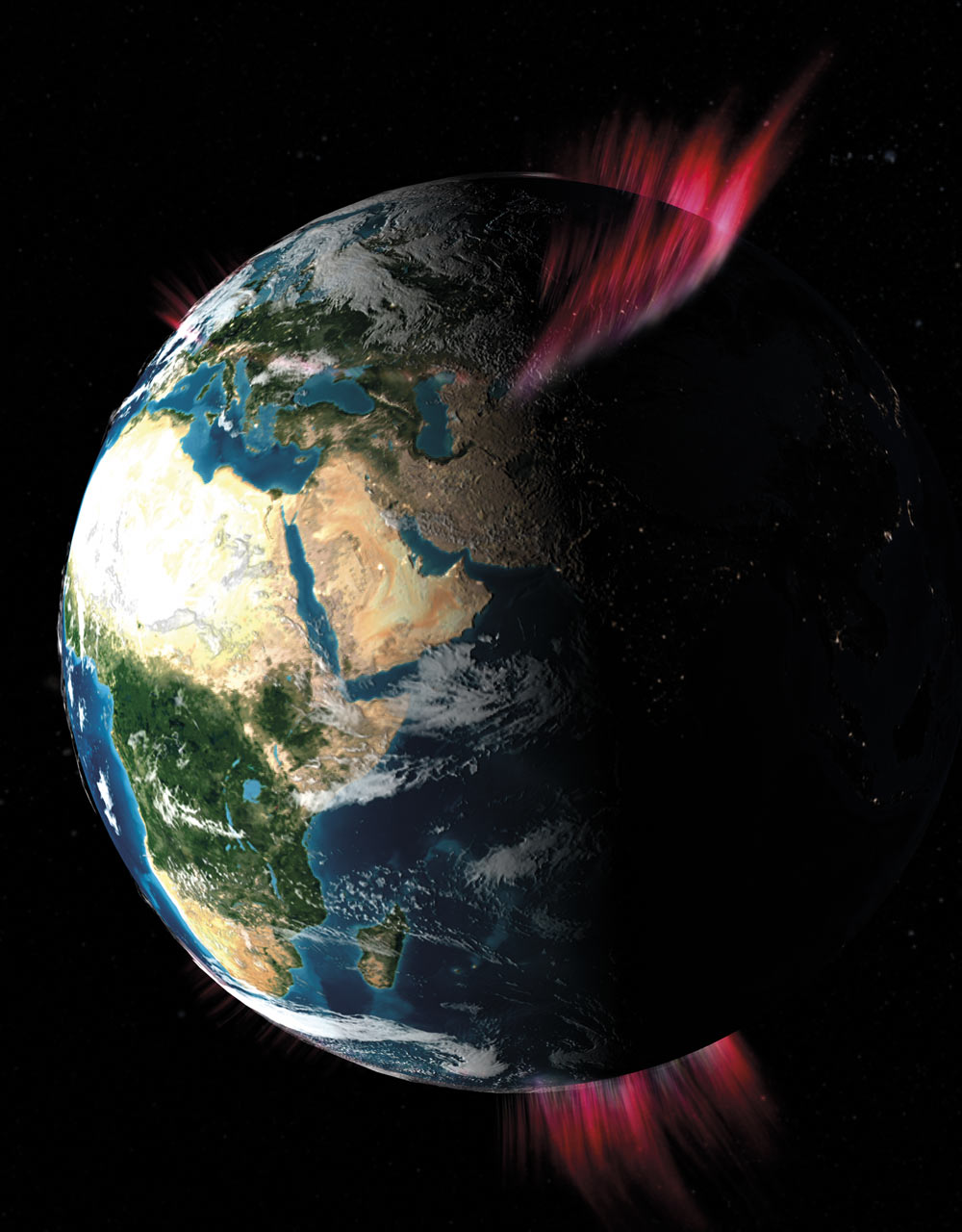 Auroras Gone Wild The displays of slowly-shimmering lights visible at night in far northern and southern latitudes are known as the aurora borealis and aurora australis. These glowing ribbons of light occur when highly charged particles from the Sun collide with atoms high in Earth’s atmosphere. This ionization process releases photons which we see as green, brown, red, or bluish lights. Five years ago this week, NASA launched the Time History of Events and Macroscale Interactions during Substorms (THEMIS) mission, a fleet of five spacecraft, to understand what causes substorms—sudden and frequent intensifications in the auroras. THEMIS discovered that substorms are triggered by magnetic reconnection, a sort of whiplash action in Earth’s magnetic field that releases trapped solar energy.