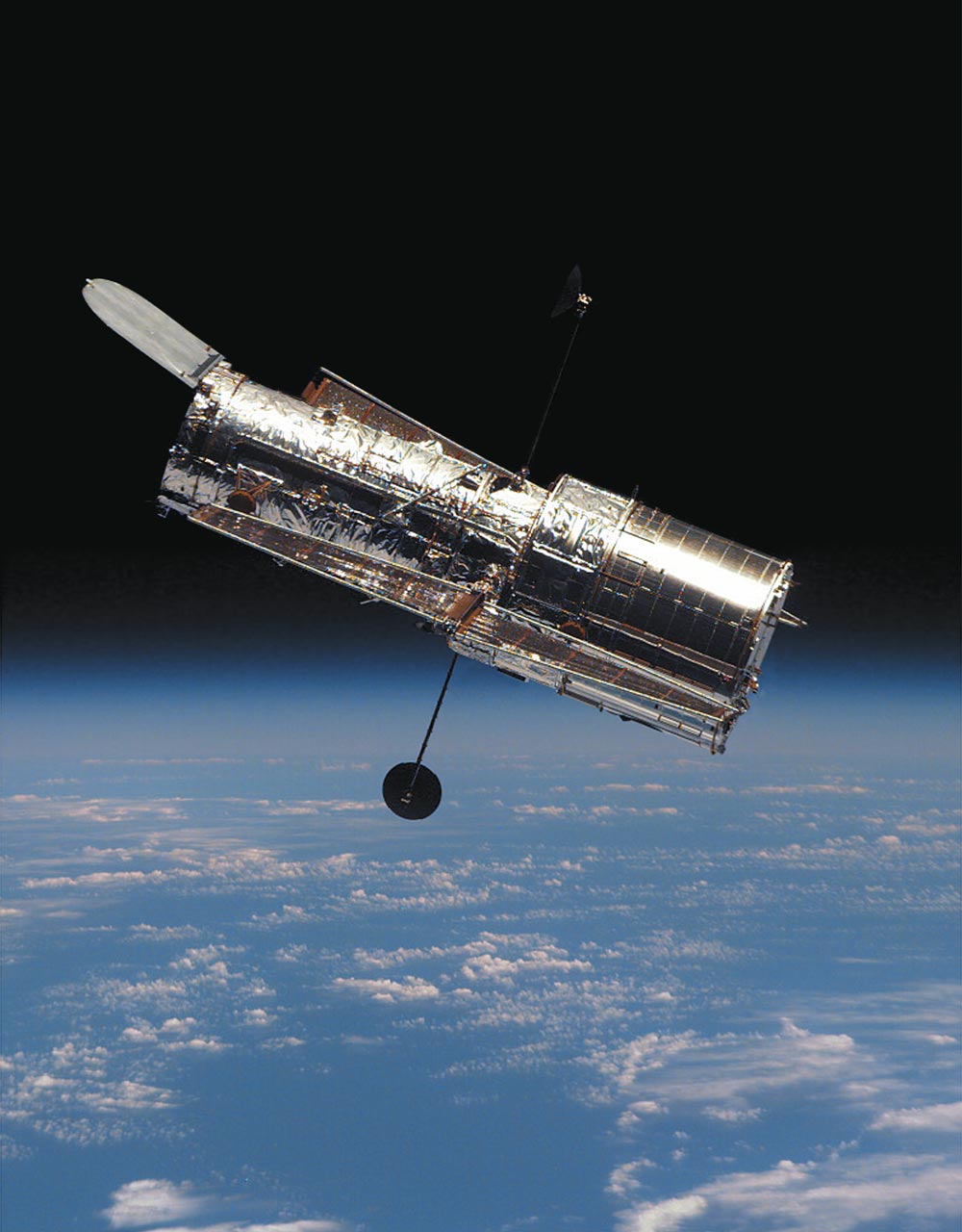 Hubble Telescope Tune-Up A little more than three years after the December 1993 repair mission that corrected its blurred vision, the Hubble Space Telescope was ready for another tune-up. In February 1997 (fifteen years ago this week), the Shuttle Discovery was launched on STS-82, the second Hubble servicing mission. Over the course of five days, two pairs of astronauts completed five space walks and gave Hubble an extensive overhaul which included new instruments (a spectrograph, a near-infrared camera, and a spectrometer), a fine-guidance sensor, a new computer and data recorder, new electronics and covers on the magnetometer sensors, plus repairs to Hubble’s insulation which, after seven years in space, had begun to show signs of damage from collisions with micrometeoroids and other space debris.