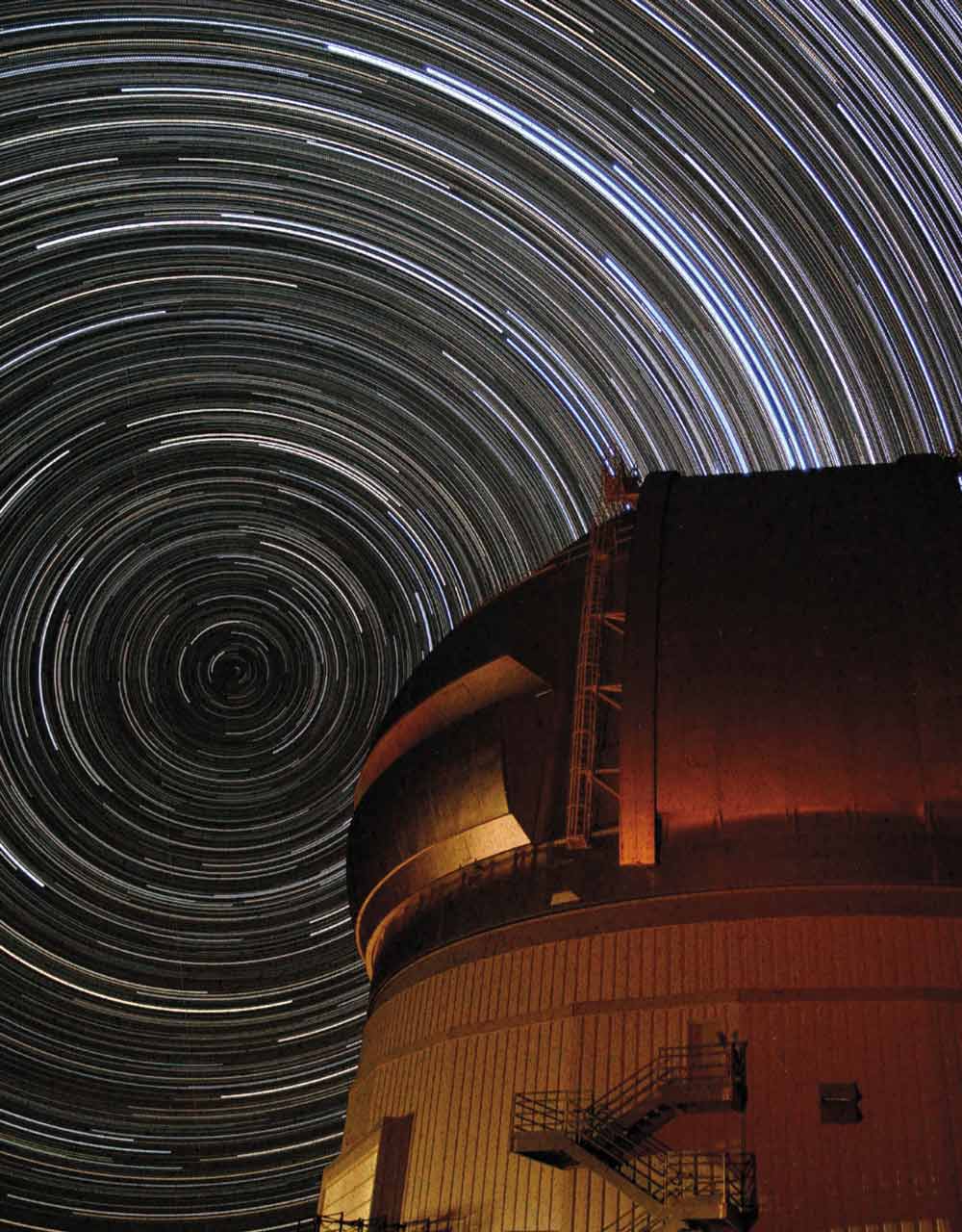 Southern Sibling Sees Stars The Gemini Observatory consists of a pair of eight-meter (315-inch) optical/infrared telescopes located on two of the best sites on Earth for observing the universe. The Gemini South telescope, seen in this time-lapse star-trail image, is 2,700 meters (9,000 feet) high in the Chilean Andes on Cerro Pachón. Gemini North is on Hawaii’s Mauna Kea, a long-dormant volcano that rises almost 4,300 meters (14,000 feet) into the dry, stable air of the Pacific. Both spots boast superb viewing conditions that are ideal for astronomical observations, and together, the two Gemini telescopes can observe the entire sky. Gemini South, which was dedicated ten years ago this week, and Gemini North both employ adaptive optics to obtain images of celestial objects with unprecedented resolution.