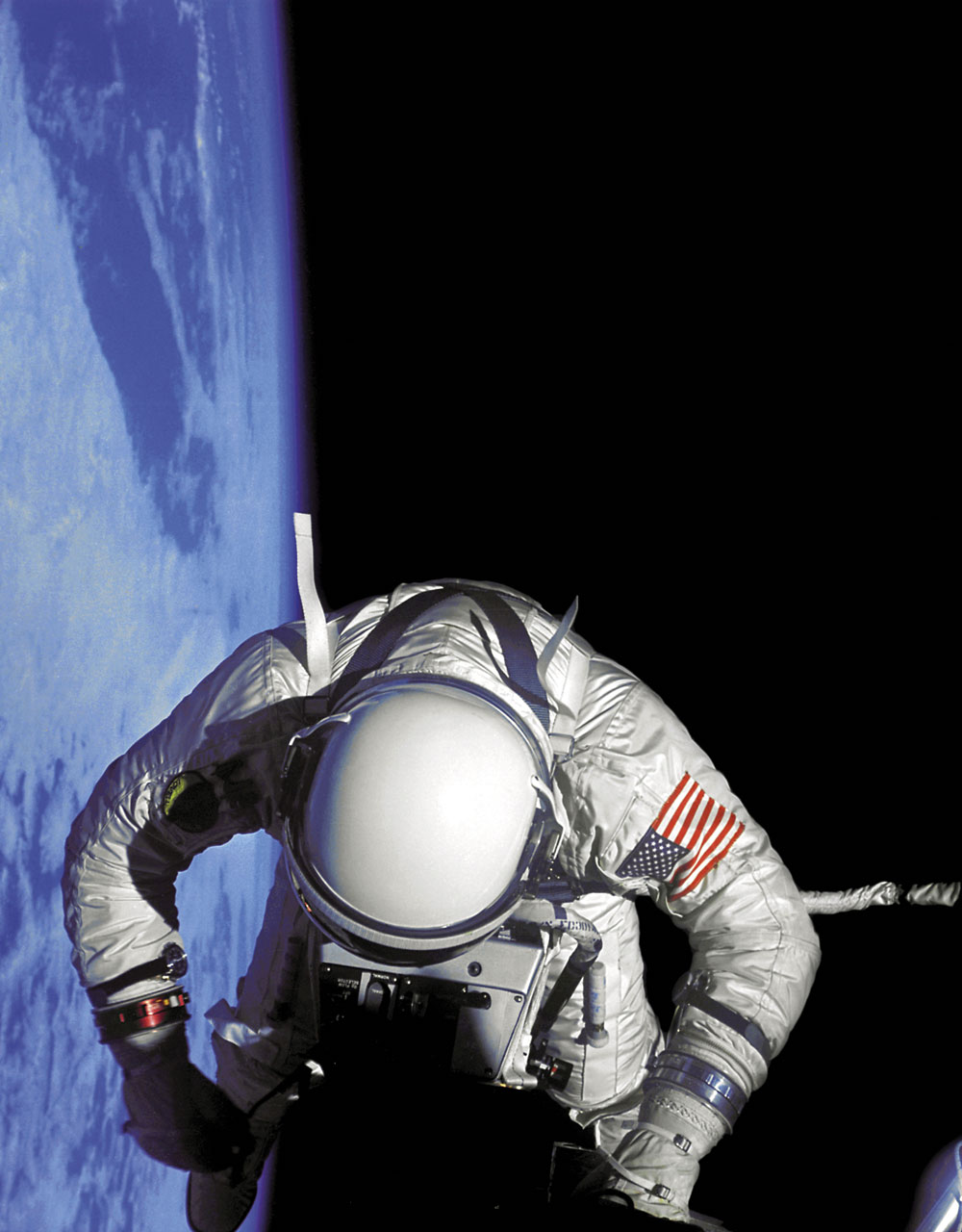 End of an Era Gemini XII, the tenth and final piloted Gemini mission, was launched forty-five years ago this week. Astronauts Jim Lovell and Buzz Aldrin rounded out the program in style with an almost flawless four-day mission. Objectives included rendezvous and docking with another Gemini-Agena Target Vehicle, and completing several extravehicular activities. On one of these space walks, Aldrin (above) attached a 100-foot tether to the GATV. Aldrin accumulated five-and-a-half hours of EVA time during the flight, a record at the time. After undocking from the GATV, the crew noted that the two vehicles became slightly stabilized because of the tether. After Gemini XII, the next time NASA launched another crew of just two astronauts into space was on the first space shuttle mission in 1981.