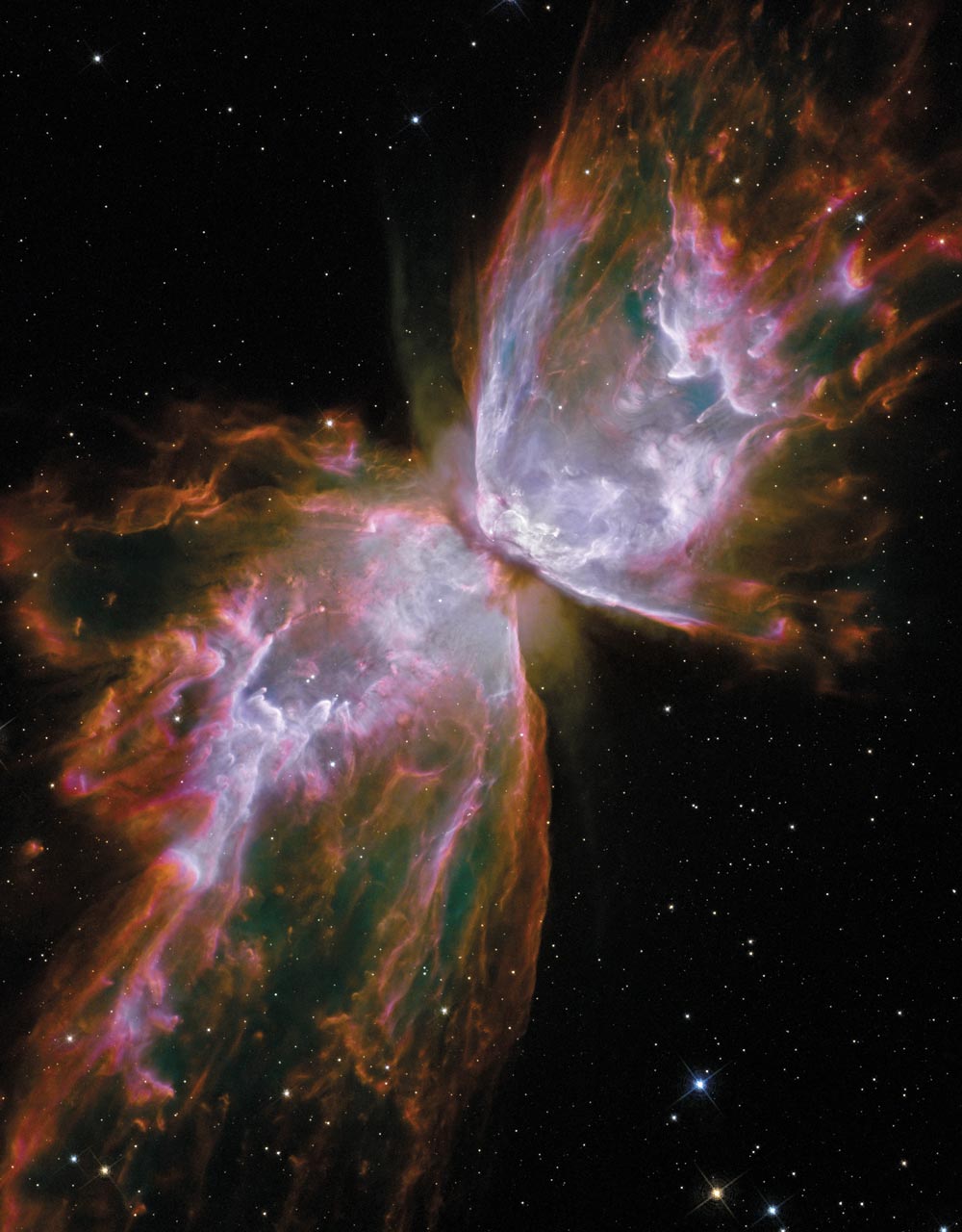 Final Service Call During the Hubble Space Telescope’s first twelve years in orbit, four different space shuttle crews corrected Hubble’s vision, replaced faulty equipment, upgraded its solar panels, and kept it performing like a champ. After the Columbia disaster in 2003, then-NASA Administrator Sean O’Keefe canceled the fifth and final Hubble servicing mission citing safety concerns. The decision, widely debated and criticized for years by astronauts, astronomers, and Hubble supporters around the world, was reversed five years ago this week by O’Keefe’s successor, Michael Griffin. Hubble’s last upgrades took place in 2009 during the STS-125 mission, and they included the installation of the new Wide Field Camera 3, which obtained this amazing image of NGC 6302, the Butterfly Nebula.