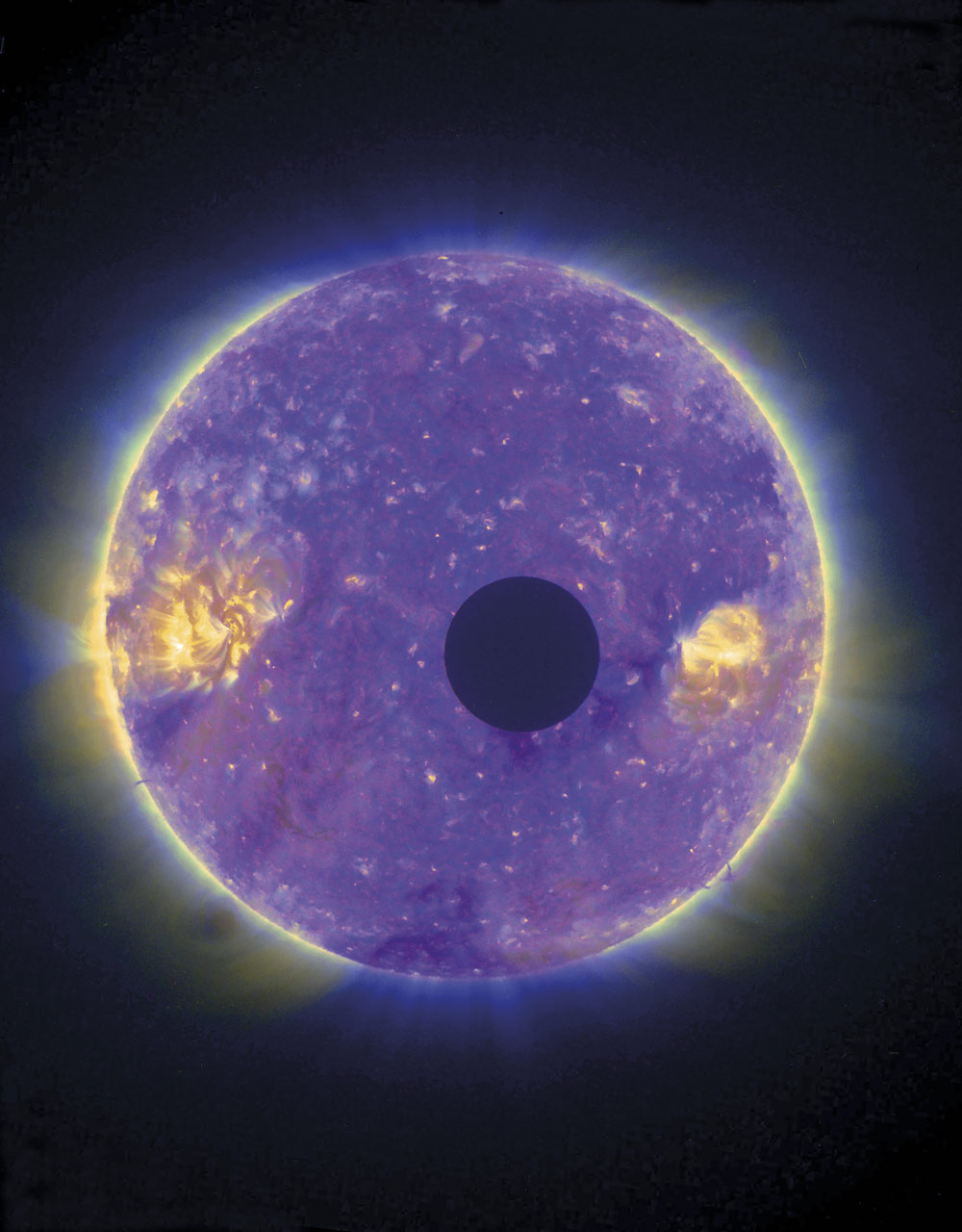 STEREO Transit A pair of Sun-watching satellites took to the skies five years ago this week in a bid to make the first regular stereo observations of our nearest star. The twin Solar TErrestrial RElations Observatory (STEREO) satellites were launched into a unique orbit that has one of them traveling ahead of Earth and the other behind. Eventually, as the distance between the two spacecraft gradually increased, they were so far apart that stereo imaging of the Sun was no longer possible. In February, 2011, they were on opposite sides of the Sun, allowing simultaneous observations of the entire Sun for the first time in history. In February, 2007, the STEREO-B spacecraft captured this image of the Moon crossing in front of the Sun; from the spacecraft’s position, the Moon was smaller than seen from Earth.