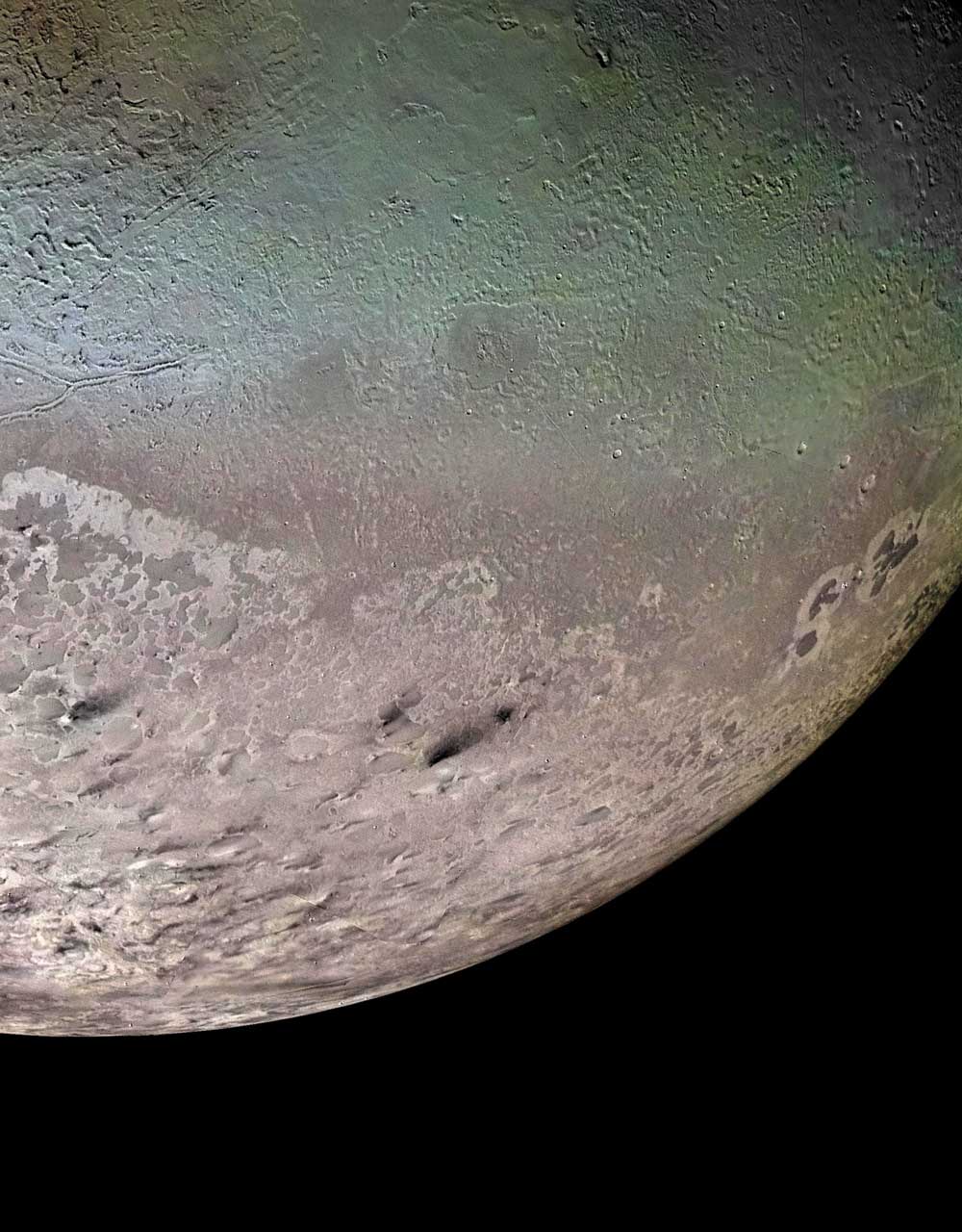 Brewing up a New Moon William Lassell made a fortune brewing beer in Liverpool during the mid-19th century. With his sizable profits, Lassell financed his real passion, astronomy. He built a 24-inch reflecting telescope, which at the time was the most powerful telescope in England. In September, 1846, he read about the discovery of the planet Neptune, and less than a month later (165 years ago this week), he turned his telescope toward Neptune and discovered a moon orbiting it. Triton is the largest moon of Neptune, slightly smaller than Earth’s Moon. It has one of the coldest surfaces known anywhere in the solar system, and it is only one of three worlds that possess a nitrogen-rich atmosphere (the other two are Earth, and Saturn’s moon Titan). This image of Triton’s frozen surface was taken by Voyager 2 in 1989.

Jupiter 5° south of Moon
Saturn in conjunction with Sun