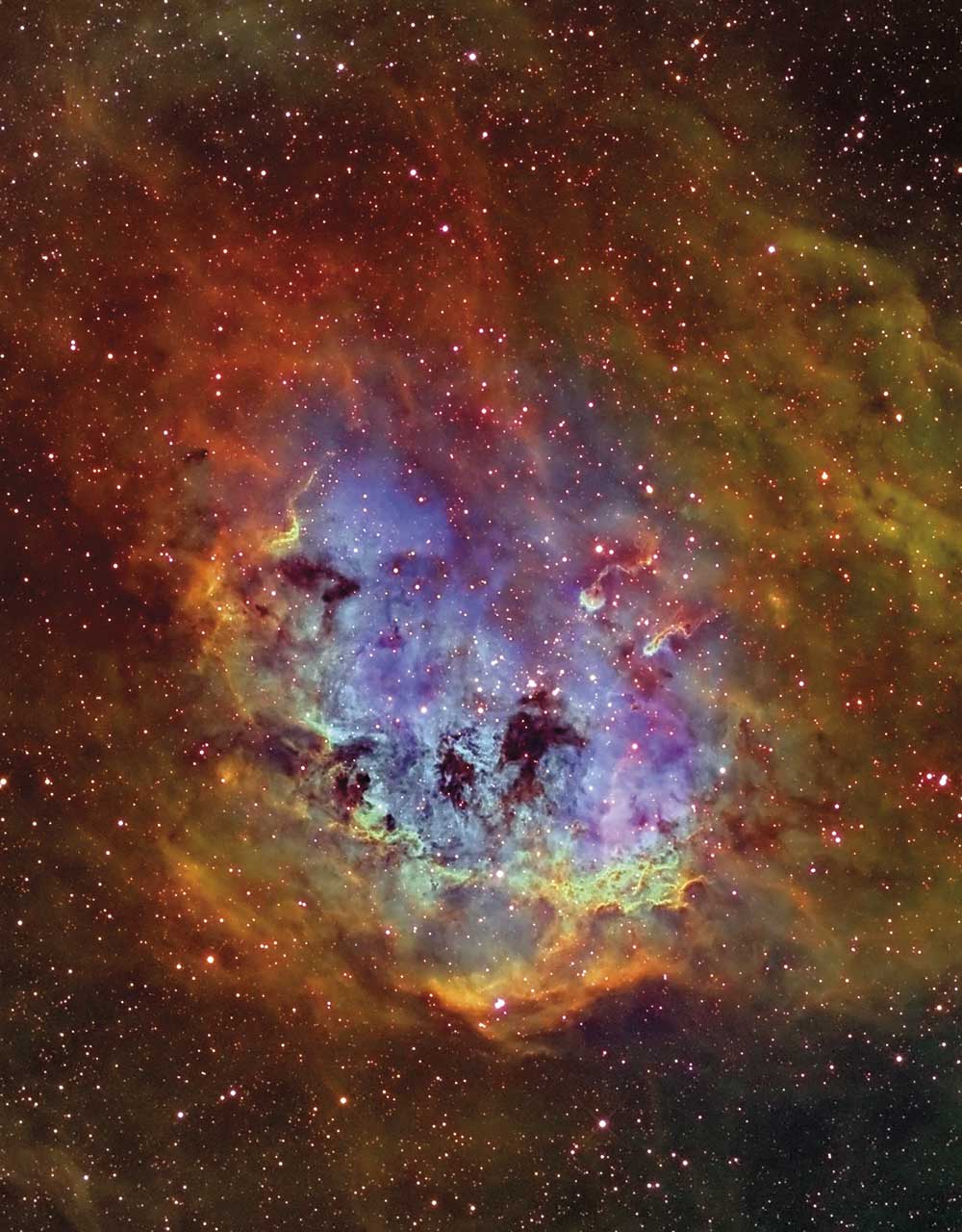 Tadpoles in Space Located about 12,000 light-years away in the constellation Auriga, the dusty emission nebula IC 410 is a gorgeous site of star birth. The central cluster of young, energetic stars is partially obscured by a patch of dark nebulosity. Intense radiation from the young stars is sculpting the core of the nebula, carving away all but the denser regions of gas and dust. In the upper right of the central nebula, two long streamers are clearly visible. These “tadpoles” are potential sites of new star formation. To obtain this image, astrophotographer Antonio Fernandez acquired more than fourteen hours of exposure data using a high-resolution CCD imager mounted on a 10-inch f/3.6 astrograph. His advanced rooftop observatory, located at his home in Madrid, is capable of being operated remotely.