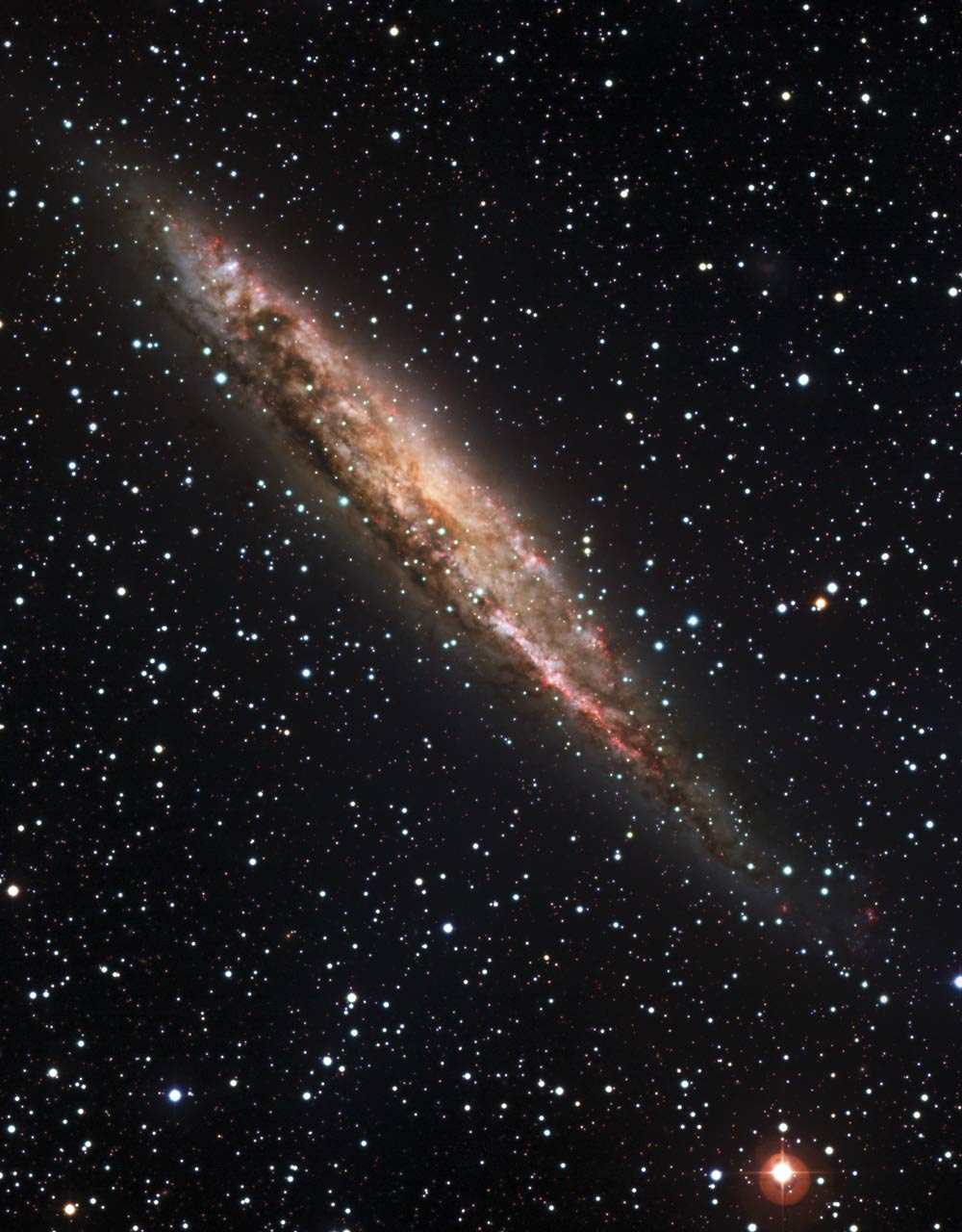 Distant Cousin Observations of NGC 4945 suggest that this hive of stars seen edge-on is a spiral galaxy much like our own Milky Way, with swirling, luminous arms and a bar-shaped center. Sites of active star formation, known as HII regions, are seen prominently in the image, appearing bright pink. These resemblances aside, NGC 4945 has a brighter center that likely harbors a supermassive black hole, which is devouring reams of matter and blasting energy out into space. NGC 4945 is about 13 million light-years away in the constellation of Centaurus (the Centaur) and is beautifully revealed in this image taken with data in five different wavelength ranges with the 2.2-meter Max Planck Gesellschaft / European Southern Observatory Telescope at the La Silla Observatory in Chile.